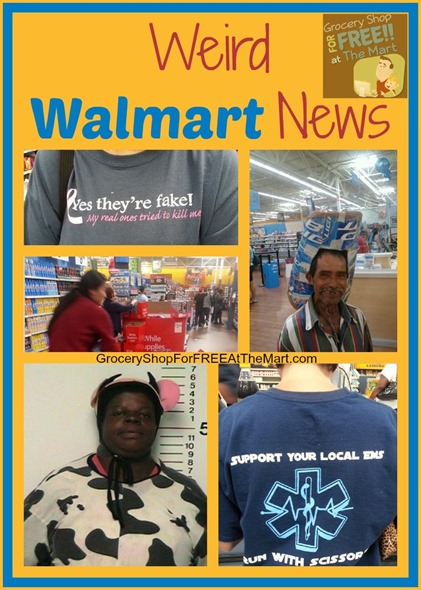 Sometimes the weirdest Walmart stories come across my desk and I just want to share them with you guys.  I hope you enjoy these Weird Walmart News stories!

Walmart mom faces charges again in North Huntingdon – The first part of this story came to my attention a few days ago.  Single teen mom leaves baby in car while she runs into Walmart.  Dumb move but single teen moms are prone to dumb moves but rarely do we get to see what happens AFTER the incident.  This dumb girl (After being told not to return to this Walmart) goes back to the same Walmart, shoplifts a bunch of stuff and then has gall to blame it on the previous arrest.  If Walmart had just let her leave her kids in her car, she would never have had to shoplift.  Mother of the Year.

Big retailers price black, white Barbies differently – Walmart charges more for a black Barbie than a white Barbie, Toys R Us does the opposite.  Not sure who we are supposed to be offended by.

Thieves Spend $12,000 in Wal-Mart Stores in Two Hours – It is WAYYYYYY too easy to use a stolen credit card.  I wish there was a way to force a PIN request at retail locations because we will clearly never be able to properly train cashiers to check IDs.

Amazon is no longer the cheapest place to shop this holiday season – Walmart’s prices are compared to Amazon and Best Buy and guess who comes out on top.  So happy to see the rest of the world waking up to what I’ve been saying for years.