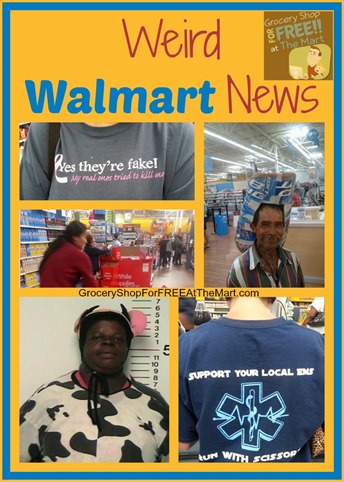 Ok, this is a weird story made all the more weirderer (grammar Nazis, exit to the left) by the fact that it happened here in Texas.  A local Texan ordered his engagement photos through Walmart but the technician refused to print one of the pictures because it has a gun in it.

The clerk told the guy that they didn’t print pictures with guns in them because they promoted gang violence and was against Walmart policy.  I want you to take a long look at the picture below and tell me what gang you think they are promoting. 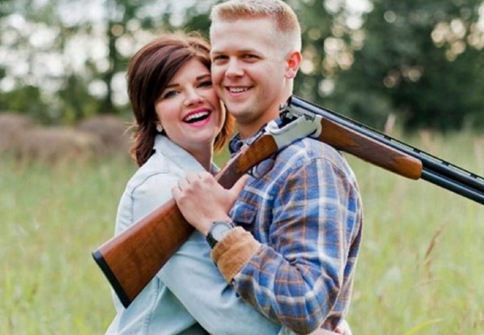 So the good news is that once Walmart HQ got wind of this ridiculousness, they reached out to the couple, gave them all their pics for free and threw in a giftcard to boot.  Not bad.

The bad news is, and I hope Walmart HQ took note of this, once again a Walmart associate has made up an entirely non-existent “policy” and stated it as fact.  Walmart bigwigs, I can tell you with a high degree of certainty that this happens ALL. THE. TIME!  Your associates will say the absolute dumbest things and declare them to be corporate policy when no such policy exists.  I don’t expect a minimum wage checker to know every jot and tittle of your rules but do you think you could spend a little more time drilling them on the big things?  Like your coupon and ad matching policy?  I swear the number of times I’ve had a cashier call a CSM over because they had NO IDEA how to handle an ad match or sometimes they didn’t even know that they ad matched at all.  I’ve even had associates look at a coupon like a calf stares at a new gate and have no idea what they were supposed to do with this strange piece of colored paper.

Ok, I may have gone off on a rant there but surely you can see a need for more time and resources invested in training.  There was no reason for that associate not to print that picture and if they had been properly trained, this story would never have happened.

Thanks to The Blaze and WFAA-TV for the info