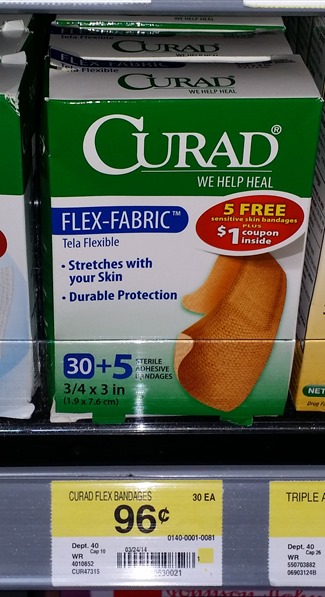 Can you get FREE Curad band-aids at Walmart?  If you read other blogs or belong to certain FaceBook rooms, it would certainly seem so.  In fact I’ve seen some enormous hauls where it seems people have cleared out every Walmart for miles around and will be wallpapering their house in band-aids.  (Actually, I guess Band-Aid is a brand name so they will be wallpapering their house in Curad adhesive bandages.)

Now let’s move on to the real issue with the deal, the coupon itself.  I’ve taken a pic so you can see the wording says this coupon is only for the Curad Sensitive Skin products. 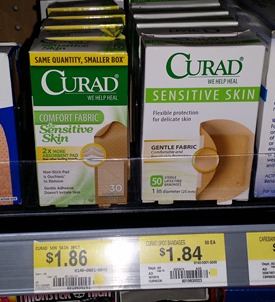 As you can see, Curad Sensitive Skin products start at $1.84, making them $.84 after the coupon.  A pretty good deal but not a FREEbie.

So there you have it, the FREE Curad deals you may have seen are not a good deal.  Sorry to disappoint everyone but let’s all be sure to actually read our coupons and use them correctly.

1 thought on “Can You Get FREE Curad Bandages at Walmart?” 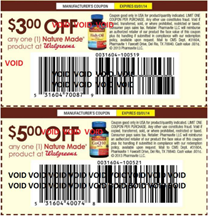 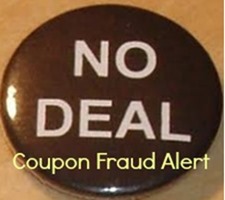 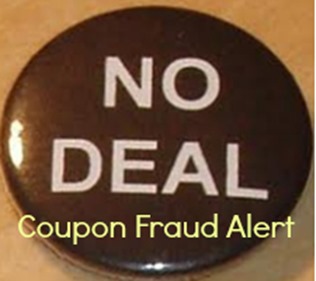